Spend your holiday in Norcia, Umbria, extraordinary experiences together with Palazzo Seneca. Learn how to make cheese, go in search of the delicious black truffle all year around or follow us in delicious tasting!

A unique and unmissable experience

Discover the typical products of our tradition!

Immerse yourself in the infinite world of Umbrian excellences

The tour of contrasts

THE GREAT MADE IN UMBRIA

Let Made in Umbria enchant you

Your day will start as a special one!

TREKKING AND HIKING ON THE SIBILLINI MOUNTAINS NATIONAL PARK

Discover the wonders of the Monti Sibillini National Park

COOKING CLASS: HERBS AND PLANTS, FROM THE GROUND TO THE TABLE

Learn to recognize and gather herbs, flowers and wild fruits

An experience that will make you be revived

A rafting excursion through the gorges of the Valnerina

Discover Norcia, the kingdom of the Black Truffle

Norcia was founded by the Sabine near the Sibillini Mountains, and as early as the 2nd century BC it had become a flourishing Roman town. Norcia, surrounded by walls in the 14th century, is rich in historical and artistic treasures. Besides the natural beauty and the nature trails available in the area, it offers a culinary tradition full of genuine and typical products. Norcia is a culinary paradise, rich and sophisticated. Castelluccio lentils, spelt, black truffle (‘tuber melanosporum’ in Latin, and the real protagonist of local recipes), cheese of all kinds like pecorino and Caciotta… But, above anything else is the Italian charcuterie production, the noble and ancient art of monaci processing pork meat which dates back to the 1200s and which has made this Umbrian town famous all over the world. In the streets, the scent of sausages, hams, and other typical products of Norcia will surround you.

Beyond the city walls are the "Water Meadows", areas where the water collected and redistributed through a rational system of channels invented by Benedictine monks between the 15th and 16th centuries periodically floods (in a continuous and controlled manner) large areas of land for long periods of the year, allowing the collection of an abundant hay harvest.

From the geographical and naturalistic point of view Norcia is located in the south-east of Umbria, at the point of junction of two very different but contiguous landscapes: the Valnerina, the area of ​​the narrow river valley carved by the Nera River and its tributaries, and the Sibillini Mountains, the centre of the Sibillini National Park. This is a mountainous area with peaks that can reach and go over 2000 meters and where there are vast highlands like the beautiful Pian Grande (about 15 square km). There are however also minor plateaus: Pian Piccolo, Pian Perduto, Quarto San Lorenzo, and Pian dei Pantani. In late spring (second half of June) the plateau becomes the stage for a particular natural phenomenon called "Blooming" after the simultaneous flowering of dozens of different floral species that create a multicoloured carpet covering the entire valley. The Great Plain of Castelluccio is also known for the lentils by the same name and for some rare species of orchids. Rare but present is the golden eagle while peregrine falcons, woodpeckers and nuthatches are more common. The plain of Castelluccio includes also the Monte Vettore and the Pilato Lake, a small lake basin with variable depth and fed by the melting of the snow, is on top of it. Here lives an endemic species of crustacean: the Chirocefalo Marchesonii.

Norcia was the birthplace of St. Benedict, patron of Europe and patriarch of Western monasticism. His Rule, which sums up the Eastern monastic tradition and adapts it with wisdom and discretion to the Latin world, opens a new way to European civilization after the decline of the Roman tradition. In the wake of St. Benedict centres for prayer, culture, and hospitality for the poor and the pilgrims arose on the European continent and on the islands. Two centuries after his death over a thousand monasteries were guided by his Rule. Paul VI proclaimed him patron saint of Europe (24th of October 1964). 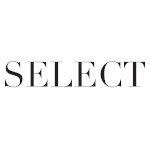 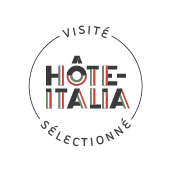